27 August - Bush Camp, 120km South of Coober Pedy
It's a long haul from Yulara to our next real taste of civilisation, Port Augusta, SA. Most stopping points on the 1300 kms between Alice Springs and Adelaide comprise no more than a Roadhouse and a few Dongers that serve as a “motel”. The opal mining town of Coober Pedy, better known locally as “Coober”, is a bit of an exception. In fact, Coober is an exception to almost every rule! Rising out of the desert as you approach town, are thousands of white, pyramid-shaped mullock heaps. The whole area looks like a massive, 19th Century, tented army camp. 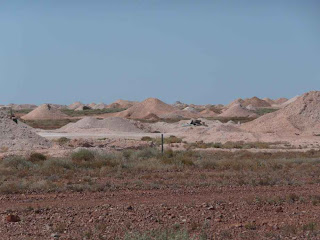 Coober itself is a real frontier settlement. Broken machinery litters the town – trucks, mining machinery and broken-down cars are just pushed aside and replaced. Trucks from the 1950s, still fitted out with mining rigs, rust in the dry, white, desert dust. 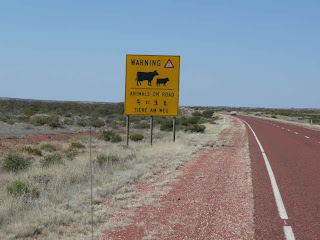 Today, the temperature was a pleasant 27C but, in a few months, it will rise to the mid 40s Celsius. Coober is one of the hottest towns, in the driest part of the driest continent on the planet. Much of the town is underground. Homes, churches and businesses operate out of caverns carved out of the solid, opal-bearing sandstone. 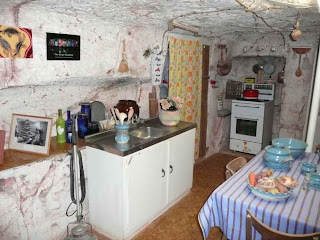 Apocalyptic movies like Mad Max were shot around here. The desert and the crazy landscaping created by over a century of mining, have created the perfect environment for out of this world scenes. 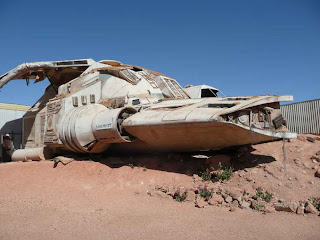